You are here: Home / Property Tax Law / Appeal to BTLA or Superior Court? That is the Question. 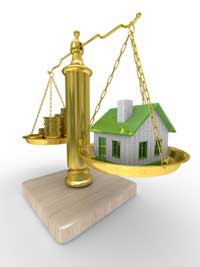 There are still a couple of months left for taxpayers to decide where to appeal unfavorable decisions of 2012 tax abatement requests. Taxpayers have until Sept. 1 to appeal to the New Hampshire Board of Tax and Land Appeals (BTLA) or the superior court, but it’s important to be aware of some key differences between these two venues before choosing one.

One of those differences is the filing fee. The BTLA filing fee is $65, whereas the superior court filing fee and cost of service will run between $250 and $300. In addition to being more cost-effective, the BTLA does not strictly follow the rules of evidence, making it a better venue for people who are not represented by counsel. The BTLA also has the authority to use its own staff appraiser to value property after both sides have presented their cases, a feature some trial attorneys may find frustrating.

The BTLA hears cases on property values all the time, but a superior court judge may not. It is difficult to say whether this is a plus or a minus, but it is something to consider.

The substance of the appeal document is another important factor. The three generally accepted appraisal methods are cost, comparable sales and income. An appeal filed with the BTLA must include each appraisal method the appellant plans to use at the final hearing. Otherwise, the board will not accept that evidence later.

Traditionally, superior court appeals have not required that level of detail, but that could change under the fact-based pleadings required under the PAD rules. For an appellant who is not sure which appraisal method(s) he or she will ultimately rely on most heavily, superior court is usually the better option.

The two venues also differ in terms of mediation and settlement conference options. The BTLA does not offer formal mediation, but there is nothing to prevent parties from voluntarily submitting to mediation.

Tax 203.07 requires the board to issue an order instructing the parties to meet (in person or by telephone) to discuss settlement. Although the parties are not required to settle the case, they must submit a report of the meeting within 120 days of the board’s order. At a February 2011 presentation to the NH Bar Association, the clerk and then-chair of the BTLA estimated that about 60 percent of cases settle using this process.

In abatement appeals, the taxpayer has the burden of proving he or she is paying more than his or her proportional share of taxes. Carrying this burden requires showing the taxpayer’s property is assessed at a higher percentage of fair market value than the percentage at which property generally is assessed in the municipality, according to the 2003 decision in Porter v. Sanbornton. Accomplishing this task is likely to require an expert appraiser, but this appraiser is likely the only expert the taxpayer will require.

In superior court, unless waived by the parties, RSA 516:29-b governs abatement appeals, which means the parties will need to exchange appraisals no later than 90 days before trial. If the municipality intends to offer its appraisal solely to contradict or rebut the taxpayer’s appraisal, then the municipality has an additional 30 days.

At the BTLA, a taxpayer must produce his or her appraisal no later than the filing of the report of the settlement meeting discussed above, which usually means in early spring following the Sept. 1 appeal deadline. Failure to produce the appraisal in this timeframe bars the taxpayer from entering the appraisal as evidence at the final hearing on the merits. The municipality, on the other hand, need not produce its appraisal until 14 days before the hearing.

If the appeal is to the BTLA, the taxpayer must demonstrate the absence of a signature was due to “reasonable cause and not willful neglect” (Tax 203:02(d)); otherwise, the appeal will likely be dismissed. If the appeal is to the superior court, the court may hear the case on its merits, if it determines, “pursuant to applicable legal or equitable principles… the taxpayer is entitled to consideration on the merits of its application,” according to the 2012 decision in Henderson Holdings at Sugar Hill v. Town of Sugar Hill.

At the BTLA, municipalities sometimes handle hearings without the assistance of counsel or without an appraisal. In those cases, the town or city assessor will defend his or her value. In a superior court appeal, the municipality will have an attorney and most likely will hire an appraiser.

Does a taxpayer need to continue paying taxes while an abatement request is pending? New Hampshire does not require a taxpayer to pay his or her taxes to request abatement. However, paying taxes is advisable, because the town will assess 12 percent interest on delinquent taxes, while a taxpayer is entitled to collect only 6 percent on abated taxes.

A living trust is a legal document. It is slightly different … END_OF_DOCUMENT_TOKEN_TO_BE_REPLACED