On June 12 & 13 Paul Alfano will be speaking at Real Estate Book Camp, a comprehensive two-day seminar sponsored by the National Business Institute and featuring ten noted New Hampshire attorneys.  Paul is scheduled to speak on “Tax Matters in Real Estate,” with a focus on how property owners can reduce their property tax liability. 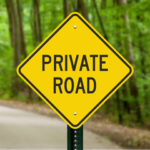 According to the New Hampshire Commercial Investment Board of Realtors (CIBOR), “Fannie Mae refuses to take a residential mortgage for a dwelling on a private road where the owner does not have a signed maintenance agreement with other property owners on that road. However, Fannie will waive that requirement if a state statute exists which allocates responsibility of the road’s maintenance.”

House Bill 181 was introduced in the New Hampshire legislature this year to address this issue.  House Bill 181 would have imposed on all owners of any residential property abutting a private road providing access to the property responsibility “for the cost of maintaining the road in good repair and the cost of repairing and restoring any damaged portion of the road.”  In the absence of a written agreement among the affected landowners, “the cost of maintaining, repairing, or restoring such road shall be shared by each owner of a residential property in proportion to the benefit received by each such property.”

Testimony before the House Committee on Public Works and Highways revealed many shortcomings, such as how one would determine proportionality – by relative location on the road?  Number of times the road is used?  Frontage?   The bill also did not define “private road.”  Another concern was philosophical: some people did not like the state dictating relationships among private property owners, some of whom may have unwritten, but workable, mechanisms already in place.  The committee voted unanimously to kill the bill on February 14, 2017, and the House did likewise on March 8, 2017. 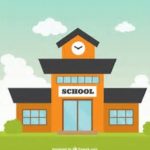 A school must own the real estate and operate the school to satisfy RSA 72:23, IV.  Appeal of Kadle Properties Revocable Realty Trust (March 10, 2017).  In Kadle, a trust owned the real estate and a separate for-profit corporation that offered computer classes was the tenant.  For purposes of its decision, the court assumed the corporation operated a “school” within the meaning of the applicable statute.  “’It is clear from [the language of RSA 72:23, IV] that not only must the school be the entity which owns the [real estate], but it must also be the entity which uses and occupies the [real estate].’”  Kadle, internal cite omitted. 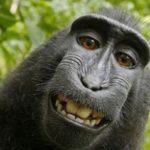 PETA, filed suit on behalf of a female macaque monkey asserting that the monkey should enjoy copyright protection on a “selfie” she took when she stole a photographer’s camera. The organization hopes to use the proceeds from the published work to benefit the animals themselves….the photographer who lost his camera claims to own the picture because it was taken with his settings, but under that logic the factory owns the copyright on every candid taken by those tools who spend way too much on a professional camera they don’t understand and never mess with the defaults…READ MORE

There is a common misconception that estate planning is only … END_OF_DOCUMENT_TOKEN_TO_BE_REPLACED