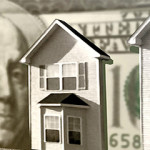 Low Income Housing Tax Credits- What are they?

Internal Revenue Code 26 U.S.C. §42 allows the federal government to make available federal income tax credits to incentivize private developers to construct and invest in low-income housing. Low income housing tax credits (“LIHTC”) are allocated between the states, and awarded at the state level by a housing credit agency. In New Hampshire, these credits are awarded by the New Hampshire Housing Finance Authority.

In essence, the LIHTC program grants federal income tax credits over a ten- year credit period to eligible projects (although many projects claim credits over 11 years due to rules on how many credits may be claimed in the first year of the credit period).  See IRS Form 8586 (explaining regulations on first year credits). Developers or property owners hoping to take advantage of the LIHTC in New Hampshire typically propose a project to the New Hampshire Housing Finance Authority, whose Board of Directors approves on an annual basis eligible projects across the state and allocates tax credits among eligible projects. Private investors purchase the allocated credits, and become limited partners in the projects.  Because LIHTC is a dollar-for-dollar tax credit, and provides a dollar-for-dollar reduction in a taxpayers federal income tax, these credits may be more appealing to investors than tax deductions, which only provide a reduction in the investor’s taxable income.

Investors typically purchase credits as construction on the project occurs, since the investor capital is the major funding source of low income housing construction. According to the New Hampshire Housing Finance Authority, when credits amount to approximately $2.8 million a year, they are leveraged to generate $25 million in cash equity for project funding.  https://www.ncsha.org/story/new-hampshire-hfa-low-income-housing-tax-credit-brings-housing-jobs-new-hampshire . However, it is important to note that the original allocated value of credits may be subject to change during or after the construction process; the amount of the credit is ultimately contingent on the actual, rather than projected, cost of the project, as well as the percentage of the project’s units ultimately rented to low-income tenants. 26 U.S.C  §42 (g).  Regardless of these factors, the credit cannot exceed the amount allocated by the New Hampshire Housing Finance Authority. It is important to emphasize LIHTC are claimed equally over the credit period, not as a lump sum. 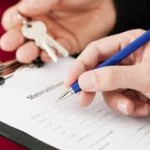 New Hampshire, through the Department of Revenue Administration (DRA), imposes taxes on the transfer of real estate, which typically is the sale of land or land and building(s). Additionally, the DRA may tax long-term ground leases of 99 years or longer, inclusive of any extensions to the lease. In recent years, there has been some question among the state legislature as to whether DRA has authority to tax shorter ground leases, or those of duration less than 99 years. 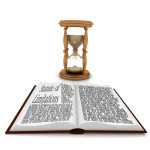 Extending the Statute of Limitations – the Continuing Violation Doctrine

In the recent Eldridge v. The Rolling Green at Whip-Poor-Will Condominium Owners’ Association opinion, issued on August 7, 2015, the New Hampshire Supreme Court recognized the continuing violation doctrine as a “narrow exception” to the statute of limitations governing discrimination suits. Recognized in other jurisdictions, the continuing violation doctrine allows, “a plaintiff [to] obtain recovery for discriminatory acts that otherwise would be time-barred so long as a related act fell within the limitations period.” Eldridge, 2014-540 (2015), citing Ayala v. Shinseki, 780 F.3d 52, 57 (1st Circ. 2015).  The doctrine “applies… to claims that cannot be said to occur on a particular day and that by their very nature require repeated conduct.” Id.

While the continuing violation doctrine has only been recognized in New Hampshire under the Eldridge holding and as applicable to discrimination suits, the same principal is applicable in other areas of the law, such as the “continuing wrong doctrine”  in tort cases. The expansion of this notion to discrimination suits in Eldridge may signal the Court’s willingness to ultimately apply the same principal to broader areas of law, such as property law. Given the Court’s liberal reading of the statute of limitations and the continuing violation doctrine shown in the Eldridge case, the court may, for example, agree to postpone the statute of limitations on property disputes based on continuing wrongdoing by property users. For now, the Eldridge opinion is significant because it gives attorneys one more tool to combat the statute of limitations in discrimination cases, but it may in the future serve as a powerful doctrine for attorneys in all areas of civil litigation.

You probably think there should be a difference between … END_OF_DOCUMENT_TOKEN_TO_BE_REPLACED

Have you taken the time to set up your estate plan? If you … END_OF_DOCUMENT_TOKEN_TO_BE_REPLACED

An easement is a piece of land that people, other than the … END_OF_DOCUMENT_TOKEN_TO_BE_REPLACED