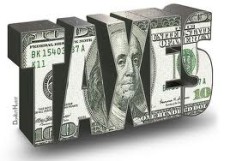 In the recent case of JMJ Properties, LLC v. Town of Auburn (August 11, 2015), the New Hampshire Supreme Court ruled that towns could issue replacement, or supplemental tax bills, against property that had come out of current use prior to April 1.  Property tax practitioners were curious to see if the court would authorize such supplemental tax bills under RSA 76:14, but the court instead rendered its decision completely under RSA 79-A, the statute regulating current taxation.  JMJ involved an 18 lot cluster subdivision in Auburn for land in current use.  In July 2011, road construction began, and the town learned of this change in use during the summer of 2012.  In December 2012, the town 1) issued a land use change tax bill, 2) “abated” the original 2012 tax, which was based on the incorrect understanding the land was still in current use as of April 1, 2012, and 3) issued a supplemental 2012 tax bill for the 18 individual lots at fair market value.  The court ruled the town’s actions were proper under RSA 79-A:7.

NAPTA held its 2015 annual meeting at the Millennium Hotel in Boston this October.  NAPTA is the country’s preeminent lawyer-based tax abatement organization.

Mark Kenney (American Valuation Group, Inc.), Lee Lapierre (CVS), David Lenhoff (Altus Group) and Patrick Seely, Jr. (E Stewart Jones Hacker Murphy, LLP) presented a panel discussion on the valuation of supermarkets, drug stores, and other build-to-suit properties.  Given these types of properties involve more than just real estate, valuing them implicates the distinction between the value of the going-concern business and the value of the real estate.

A panel discussion also took place with judges from Connecticut (Levine) and Rhodes Island (Licht), along with Mark DeFrancisco, Chief Counsel to the MA Appellate tax Board.  The panel provided many practice tips, with an emphasis on how mediation may help resolve tax disputes.  The panel compared and contrasted the mediation processes followed in their respective jurisdictions.

MIT Professor Todd McGrath shared his research on whether a relationship exists between treasury yields and cap rates.  Professor McGrath’s entertaining presentation demonstrated no such relationship exists, contrary to what many real estate professionals may think.  Prof. McGrath also took a deep dive into the types of analyzes he believes sophisticated real estate investors make in deciding whether to buy an asset, and on what terms, including price.  Finally, Boston Commissioner of Assessing, Ronald Rakow, shared insights into Boston’s voluntary Payment in Lieu of Taxes (PILOT) program, the upshot being that many owners of tax exempt properties are now making payments because they find such payments in their best interest and those of the community.

For further information on any of these topics or the speakers, please contact Paul Alfano or John Hayes.

Adverse Possession – where does the twenty years come from?

All Class VI roads, or “highways,” no matter how created, are considered subject to gates and bars.  “[A]ny gates or bars maintained by private land owners shall be erected so as not to prevent or interfere with public use of the highway, and shall be capable of being opened and reclosed by highway users. The selectmen may regulate such structures to assure such public use, and may cause to be removed any gates or bars which fall into disrepair or otherwise interfere with public use of the highway.”  RSA 231:21-a.

You probably think there should be a difference between … END_OF_DOCUMENT_TOKEN_TO_BE_REPLACED

Have you taken the time to set up your estate plan? If you … END_OF_DOCUMENT_TOKEN_TO_BE_REPLACED

An easement is a piece of land that people, other than the … END_OF_DOCUMENT_TOKEN_TO_BE_REPLACED