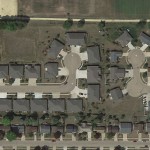 The New Hampshire Supreme Court weighed in recently on two important areas concerning easements.  First, it clarified that use of an access easements may be extended to benefit an adjoining, after-acquired parcel.  Second, it addressed the thorny question of whether parties benefiting from an access easement may be obligated to contribute toward its maintenance.

As a general rule, an appurtenant easement cannot be used to serve a non-dominant estate, but New Hampshire has departed from this rule in three major cases: Ettinger v. Pomeroy Ltd. Partnership, 166 N.H. 447 (2014); Soukup v. Brooks, 159 N.H. 9 (2009); and Heartz v. City of Concord, 148 N.H. 325 (2002).  With this triumvirate of holdings, access easements may be extended and applied to non-dominant estates, including adjoining property acquired after the acquisition of the original, dominant parcel, when warranted by the circumstances.

The first of the three decisions was Heartz. In that case, the Court analyzed whether an access easement “for all purposes” included the right of the owner of the parcel benefited by the easement to build a nineteen car parking lot to benefit an adjoining parcel. The Court declared a two-pronged test.  The first part is to interpret the meaning of the easement, which is a question of law, and the second part is to determine whether the proposed use is reasonable under the “rule of reason,” which is a question of fact.

Once the meaning of the easement is ascertained, the query shifts to the second part of the test to determine whether the particular use would create an unreasonable burden.  Reasonableness is determined by considering the surrounding circumstances, such as location and the use of the parties’ properties, and the advantages and disadvantages to each party. Also, if the proposed use of the easement is a normal development from conditions existing at the time of the grant, the use is not considered to be unreasonably burdensome. If the use would not impose an unreasonable burden on the existing easement, the easement may be increased and expanded to benefit a non-dominant estate.

The Court relied on this precedent in the Soukup decision, which also involved an access easement “for all purposes.”  The Court upheld the use of an access easement to benefit a lot in addition to the original, dominant lot.  The Court also upheld the enforceability of the easement over a non-adjoining parcel even though the dominant owner’s rights over the intervening land were not clear.

The Ettinger decision reinforced the Court’s opinion that easements may be extended beyond their original scope in some circumstances, while noting New Hampshire’s stance is among the minority of states.  The “mere addition of other land to the dominant estate does not necessarily constitute an overburden or misuse of an easement.” Ettinger at 452.

A word of caution: the Court never got to the rule of reason analysis in Heartz because the owner of the servient estate “failed to set forth sufficient facts showing” the proposed use would create an unreasonable burden.  The servient owner only made broad assertions.  It is possible, therefore, a court could find a similar proposed use unreasonable, even where the easement contains the same “for all purposes” language.  Similarly, the servient owner made no factual allegations of unreasonableness in Soukup.

Two important practice suggestions can be drawn from these cases.  First, the phrase “for all purposes” in otherwise straight-forward access easements likely includes the right to increase the burden to include after-acquired, abutting land, provided the proposed use is reasonable; therefore, when representing the servient owner, tailor the easement as specifically as possible to the uses proposed by the dominant owner.  Second, if defending against a proposed increase in scope using the “rule of reason” prong of the two-part test, be sure to assert factual reasons the increase in use is not reasonable.

Maintenance and Repair of Easement Areas

In two recent decisions, Village Green Condominium Association v. Hodges (March 20, 2015) and Choquette & a. v. Roy, et. al. (April 3, 2015), the New Hampshire Supreme Court clarified the duty of repair and maintenance obligations of easements on the dominant and servient estates; that is, who bears the cost to keep the easement usable.

The Court also applied laches, waiver, and court of dealing analyses.  Although the Court rejected all three arguments, each was specific to the facts of that case, so each presumably is fair game in these types of cases.

In Choquette, one of the central issues to the case was whether an easement user had the right and obligation to maintain a right of way over his neighbor’s property. In this case, a landowner owned a plot of some 400 acres, which he subdivided into several lots over two decades. One of the subdivided lots, a 103-acre parcel, accessed a public road using two deeded easements, one of which stretched exclusively over a neighboring lot. The easement deeds benefiting the 103-acre parcel provided for access over the right of way, and was silent on maintenance obligations. The owner of the neighboring lot filed a petition for declaratory relief prohibiting the easement user from maintaining and repairing the right of way across his property, among other causes of action.

The court’s recent decisions in Ettinger, Village Green and Choquette shape New Hampshire’s position on easements in an interesting way. While the state now counts itself among a “respectable body of authority” granting easement users the right and obligation to maintain an easement in proportion to their use, it stands staunchly among the minority of states that openly allow increasing the burden on easements in certain, reasonable circumstances. Undoubtedly this area of law will continue to develop, reasonably, to accommodate the conditions and culture of our unique state.

There is a common misconception that estate planning is only … END_OF_DOCUMENT_TOKEN_TO_BE_REPLACED