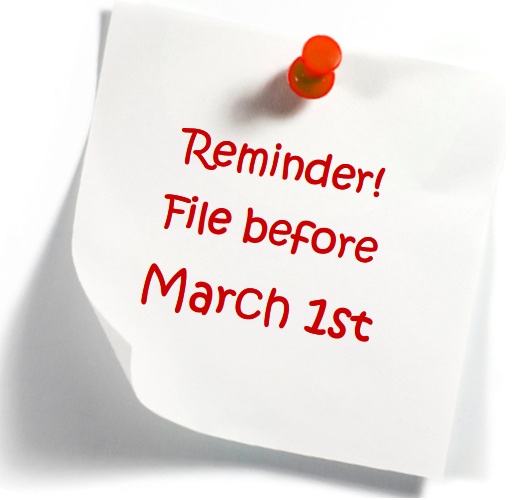 Please keep in mind the deadline to challenge your 2015 real estate taxes is March 1, 2016.  For more information on the application process, please visit our web site:  http://www.paula89.sg-host.com/tax-abatement/

Gifts or the trouble with loaning money to family

When a person gives, say, $250,000, to his son-in-law, and later demands the money back while the son-in-law claims the payment was a gift, who has the burden of proving the payment was a gift?  The son-in-law.  In the recent case of Cohen v. Raymond (November 17, 2015), the New Hampshire Supreme Court addressed the various presumptions associated with gifts to family members.   “Generally, the burden of proving that a transfer of property is a gift is on the grantee or the party who asserts that a gift has been made. However, we have held that ‘[a] transfer of property between family members creates a rebuttable presumption that a gift was intended’ This ‘presumption is strongest when the grantee is the wife of the payor or a minor child[,] . . . less strong in the case of an adult son and weaker when a daughter-in-law is involved.’” (Cites omitted.)  In Cohen, the court was asked to decide whether any kind of presumption should apply to a gift made solely to a son-in-law.  (In the Chamberlin case, the gift was to a son and a daughter-in-law.)  The court said no, thus leaving the burden on the son-in-law to prove the payment in question was a gift.

Effective January 1, 2016, any mortgagee who fails to give a discharge of a mortgage within 60 days of satisfaction of the underlying debt shall be liable for damages to the borrower in the amount of $200 for each week after the expiration of the 60 days up to a maximum of $2,500, or in an amount equal to the loss sustained as a result of the failure of the mortgagee to execute and deliver a release, whichever is greater, plus costs and reasonable attorney’s fees.  RSA 479:8.

Evictions – desiring to sell a vacant building may constitute “good cause” for an eviction.

In J.P. Morgan Chase v. Grimes (April 7, 2015), the bank acquired a residential property by foreclosure, and desired to sell it vacant.  In the notice to quit, the bank stated the reason for the eviction as being for “other good cause,” in that “the owner of the premises . . . desires to market, sell and/or convey the property in a vacant condition.”  The Court contrasted this situation from AIMCO Properties v. Dziewisz, 152 N.H. 587 (2005), in which the Court held that the mere expiration of a lease did not constitute “other good cause,” because “[r]eplacing one tenant upon the expiration of a lease with another tenant who will pay the same rent and occupy the same premises as the tenant being evicted does not . . . provide the landlord of restricted property with any economic or business advantage.” Here, however, the plaintiff did not seek to replace one tenant with another tenant in the same position. Instead, the plaintiff sought to sell the property free of tenants.  “In the absence of evidence of selective eviction or other acts of bad faith, we hold, under these circumstances, that the plaintiff’s stated reason for eviction satisfies the statute.”

A Change of heart…

If you kiss and make up with your (former) spouse after the court has entered a final decree of divorce, you can ask the court to vacate the divorce decree, right?  Wrong.  In the recent case of

In the Matter of Terrie Harman and Thomas McCarron (December 2, 2015), the New Hampshire Supreme Court ruled that New Hampshire courts do not have the power to “undo” a final divorce decree where the parties have reconciled.  While New Hampshire courts do have the power to set aside divorce decrees where the decree was procured through fraud, accident, mistake or misfortune, the parties here did not assert one of those permitted grounds.  Instead, they asserted they had reconciled, which is not included in any statute setting forth the power of courts in divorce actions.  “Because divorce is statutory, the court has only such power in that field as is granted by statute.”  We suspect a wedding is forthcoming….

The Basics of Tax Abatement

This session will include information on the basics of tax abatement including contesting, documenting, and filing your tax abatement before the March 1st deadline.

There is a common misconception that estate planning is only … END_OF_DOCUMENT_TOKEN_TO_BE_REPLACED