When it comes to real estate, most of us feel the rub between personal freedom and 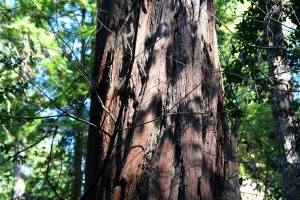 the need to govern ourselves.  While we resent noisy neighbors and appreciate laws giving us the power to respond (through proper channels, of course), we may think our loud friends are hilarious (and everyone else should, too!).

Land use controls, such as zoning ordinances, are general examples of this rub, and ordinances mandating the merger of contiguous, nonconforming lots are a specific example.  A person may buy two lots, think she owns two lots, and yet discover the lots have been merged without her knowledge.  This concept has been around a while, but it has come to the fore recently due to a recent Supreme Court decision and legislative fiddling.  A quick history will get you orientated.

Passed in 1995, RSA 674:39-a permits owners of contiguous lots to merge the lots voluntarily. Yet this statute did not preclude certain municipalities from involuntarily merging contiguous, nonconforming lots.  See Sutton v. Gilford, 160 N.H. 43 (2010).

The court in Sutton interpreted a Gilford ordinance requiring the merger of contiguous nonconforming lots having the same owner. The conformity needed to relate to size, dimension or frontage only, and merging could continue with additional contiguous lots until the lots became conforming.  If all the lots contained preexisting, principal uses, such as houses, they were exempt from the ordinance, but if one of the nonconforming lots were vacant, it would be merged with the contiguous lot.  Lots protected by RSA 674:39, the statute grandfathering approved subdivisions for four years under certain circumstances, also were exempt.

The Gilford ordinance was not unique.  Property owners developed a device called “checkerboarding” to avoid the effect of these ordinances.  The technique simply involved taking title to adjoining, nonconforming lots in different names.

These ordinances create an interesting dynamic for assessors.  A nonconforming lot still has value because the owner could seek a variance to build a house, which would not be difficult under today’s more lenient “hardship” standard.  As a result, the total assessed value of two contiguous, nonconforming lots likely is greater than one larger conforming lot.  It is interesting to note the municipal appraiser in the Sutton case recommended the lots remain separate, even though the town’s official
position in the litigation was to merge the lots.  The lots were located on Governor’s Island.

Dissatisfaction led to a significant change to the statute in 2010.  While maintaining the power to merge contiguous lots voluntarily, the new law protected property owners against having lots merged without their consent.  The new language, and current statute, reads as follows: “No city, town, county, or village district may merge preexisting subdivided lots or parcels except upon the consent of the owner.”

One way municipalities are responding to the 2010 change is to limit the effect of involuntary merger ordinances to lots acquired after September 18, 2010, the effective date of the 2010 amendment.  At first glance, this language might appear defective.  What difference should it make when a person acquired their land?

But, if a person owned two contiguous, nonconforming lots on, say, September 17, 2010, those lots would have merged automatically that same day (presumably – see below), assuming the ordinance mandated immediate merger.  On September 18, that person would not have owned two lots, but one.[1]  Therefore, the 2010 change would apply only to contiguous lots acquired September 18, 2010 or after.

The General Court is tinkering further with the statute this year.  House Bill 352 would add the following new language to the end of RSA 674:39-a:

Lots or parcels that were merged prior to September 18, 2010 by a city, town, county, village district, or any other municipality without the express consent of the owner, shall at the request of the owner, be restored to their premerger status and all zoning and tax maps shall be updated to identify the premerger boundaries of said lots or parcels as recorded at the appropriate registry of deeds.

Even if these changes are passed, questions still remain.  For example, on what date does a merger occur?  Immediately upon taking title?   The court in Sutton was asked only to affirm whether a merger had taken place at all, and found that showing the lots in question as one on the town tax map was evidence of a merger.  Yet the tax map alone may not have been sufficient.  The court pointed to other factors as well, including a prior lawsuit involving the same land where the property owner recognized the land as a single lot.

If no procedural requirements exist, such as notice to the taxpayer, and the tax map is not yet changed, what effect should the ordinance have on prospective purchasers?  A prudent buyer should check the ordinance and make a decision using his or her judgment.  Even agreements entered into with the municipality are not necessarily binding when it comes to this issue.  (That was another issue addressed in the Sutton case which is beyond the scope of this article.)

Given both the General Court and municipalities are fiddling with this statute at the same time, and given the inherent delay in the ability of municipalities to respond to changes in state laws, this topic is ripe for uncertainty.  Keep an eye on it.  By the time you read this, the General Court already may have enacted some version of HB 352, or nothing at all, and several municipalities likely will have passed changes to their zoning ordinances.

[1] If the new, merged lot were still nonconforming, would the automatic merger still occur?  The answer probably is yes.  These types of ordinances are designed not only to eliminate nonconformities, but also to reduce them.  For example, while the merger of two lots with 50′ of frontage in a zoning district requiring 150′ does not eliminate the nonconformity, it reduces it.  The precise language of the ordinance should be consulted.

There is a common misconception that estate planning is only … END_OF_DOCUMENT_TOKEN_TO_BE_REPLACED