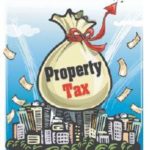 On June 12 & 13 Paul Alfano will be speaking at Real Estate Book Camp, a comprehensive two-day seminar sponsored by the National Business Institute and featuring ten noted New Hampshire attorneys.  Paul is scheduled to speak on “Tax Matters in Real Estate,” with a focus on how property owners can reduce their property tax liability.

Gates and bars – say what? 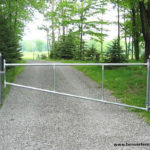 All class VI highways are deemed to be “subject to gates and bars.”  What exactly does that mean?  People who live on Class VI highways may install a gate across the road, provided the gate does not prevent or interfere with public use of the road.  The gate must be capable of being opened and reclosed by highway users.  The local governing body may regulate such structures to assure such public use, and may cause to be removed any gates or bars which fall into disrepair or otherwise interfere with public use of the highway.

Real estate right of first refusal – should it be recorded? 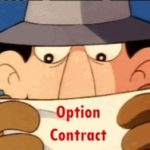 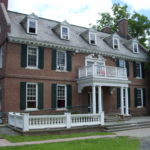 In 2015, Dartmouth College revoked its recognition of Alpha Delta as a student organization due to “violation of the school’s standards of conduct.”  (The reader will need to search elsewhere for the details – we strive to maintain a certain level of professionalism with our newsletter.)  If that wasn’t bad enough for the bad boys, the town of Hanover then notified the frat that, because the college derecognized Alpha Delta, the frat’s use of its building as student housing violated the zoning ordinance.  The reason?  Use as a frat for student housing was grandfathered, provided it was “operated in conjunction with” the college.  Once AD lost its connection to the college, it lost its grandfather status.  it needed to apply for a special exception.  The AD lads put up a fight, but the New Hampshire supreme court agreed with the town’s zoning board of adjustment and superior court in holding the use violated the town’s zoning ordinance.  Alpha Delta had been in operation as a frat since 1840.  To paraphrase the great John Blutarsky: “175 years down the drain.”   Dartmouth Corporation of Alpha Delta v. Town of Hanover (April 11, 2017)

There is a common misconception that estate planning is only … END_OF_DOCUMENT_TOKEN_TO_BE_REPLACED