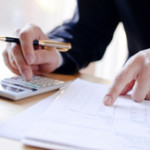 New Hampshire law permits an assessed value that has been re-set by the superior court or BTLA to “roll over” to subsequent years without the need for the taxpayer to re-file tax abatement requests each year.  One question is whether the rollover statute applies where a taxpayer and the municipality stipulate as to the new value, or whether the court of BTLA actually must render a finding as to value.  In Nashua Coliseum v. City of Nashua (June 5, 2015), the NH Supreme Court ruled that a stipulation entered into by the parties for one tax year did not implicate the rollover statute for the following tax year.  (The taxpayer did not file an abatement application for the following tax year and instead argued the rollover statute should apply.)  In order for RSA 76:17-c,II to apply, the superior court (or BTLA, by implication) must make an actual finding as to the correctness of the assessment.  “The protection offered to taxpayers under RSA 76:17-c,II is narrow: taxpayers are protected from the need to exhaust administrative remedies for subsequent tax years only if the court later determines that the assessment value for the year before the court was incorrect.  Here, the court never made a finding that the 2011 assessment value was incorrect.”  (Emphasis in original decision.)  The lesson?  When in doubt, file tax abatement applications each year by March 1! 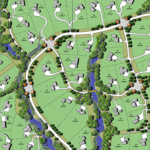 If you paid a fee to a municipality more than six years ago in connection with site or subdivision approval, you may be entitled to receive that money back, with interest.  The key is whether the payment should be characterized as an “impact fee” or not.  If it is an impact fee, then the maximum period of time by which the town must appropriate the use of the funds is six years, although the local ordinance may dictate a shorter deadline. If you are not certain whether a payment is an “impact fee” or not, give us a call.

There is a common misconception that estate planning is only … END_OF_DOCUMENT_TOKEN_TO_BE_REPLACED