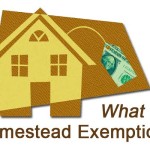 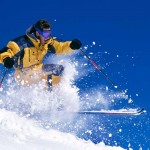 As the ski season approaches, the New Hampshire Supreme Court recently issued clarification on the notice requirement of ski injury lawsuits in New Hampshire in Hogan v. Pat’s Peak Skiing, LLC, Merrimack No. 2014-420 (July 2015). In this case, the plaintiffs fell from a chair lift while skiing at Pat’s Peak. Medical evaluations and incident reports were completed same day. The incident occurred on February 4, 2012; the plaintiffs sent a letter of notice of their intent to sue defendants on May 3, 2012; the letter arrived at the Henniker post office on May 5, 2012; and the letter was delivered to the defendant on May 10, 2012.  New Hampshire requires plaintiffs to provide notice to defendants within ninety days from the date of injury of intent to recover. RSA 225-A: 25, IV. The defendants in this case moved to dismiss because the plaintiffs did not provide notice by May 4, 2012, the ninety day cutoff. Upon de novo review, the New Hampshire Supreme Court determined notice of intent to recover in a skiing injury action “is effective upon mailing,” and therefore New Hampshire “narrowly appl[ies] the common law mailbox rule” to notice in ski injury cases.4. Therefore, defendants need not know about the potential suit within the ninety days, but rather plaintiffs need only mail the notice by the ninety day cutoff. 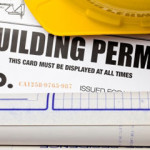 A $344,025 penalty for making renovations without a building permit?  Yup.  In the recent case of Town of Bartlett v. Edward C. Furlong (September 22, 2015), the New Hampshire Supreme Court upheld a $344,025 penalty against a property owner for continuing renovations on his property without a building permit.  The fine was imposed under RSA 675:16, which permits fines of $275 for the first day of the violation, and $550 for each day thereafter.

Yes Virginia, there is an Amnesty: For New Hampshire State Taxes, but it won’t last long.

As part of the State Budget bill, New Hampshire adopted a temporary amnesty program for taxpayers who are under-reported or failed to pay state taxes.  This is a great opportunity for taxpayers who are behind in the payment or reporting the taxes to obtain relief from significant penalties and interest.  Under the program, if taxpayers pay 100% of the outstanding taxes that are due during the period of the amnesty (December 1, 2015 until February 15, 2016), the Department of Revenue Administration (DRA) will waive 100% of the penalties and 50% of the interest that would have been due.  The Amnesty applies to all taxes administered by the DRA:  the Business Profits, Business Enterprise, Interest & Dividends, Meals and Rooms (Rentals), Communication Services, Utility Property, Tobacco, Electricity Consumption, Medicaid Enhancement and Railroad Tax.  As an additional incentive for taxpayers to participate in the program, after March 15, 2016, the DRA will not have the authority to waive penalties and interest attributable to taxes that were due during the period of the Amnesty. 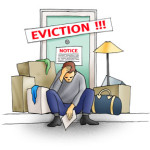 In a rare 3-2 decision, the New Hampshire Supreme Court ruled in August that an agreement entered into with a delinquent tenant who has had judgment entered against him or her must be limited to the arrearage and not pull in future rent payments that are not yet due.  Those future rent payments are subject to the ordinary eviction procedures of RSA 540.  One solution may be to make clear in the agreement that there are two streams of payment: one for the arrearage, and one for the future rent, and that the first payments shall be applied to current rent.  That way, if the tenant is short, the landlord can claim the arrearage was not paid and seek an immediately writ of possession, or whatever the terms of the agreement dictate.  Mountain View Park, LLC v. Robson (August 11, 2015).

There is a common misconception that estate planning is only … END_OF_DOCUMENT_TOKEN_TO_BE_REPLACED