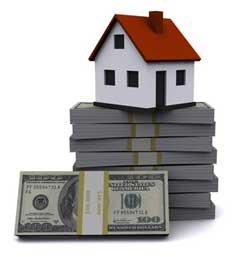 Both the General Court and Supreme Court were active in 2011. Here is a summary of key developments.

In Appeal of City of Lebanon, 161 N.H. 463 (2011), the Supreme Court addressed who qualifies as an “aggrieved party” where real estate is subject to a triple net lease. “We now clarify that when a taxpayer owns more than one parcel in any given municipality, a request for abatement on one will always require consideration of the assessment on any other parcels for which the owner is also the taxpayer.” The key, however, is whether the owner/taxpayer also is the taxpayer for those other parcels.

The taxpayer owed two lots, one of which was subject to a seventy-five year, triple-net sublease giving the subtenant the right to pursue tax abatements. (The subtenant also had the right to terminate the lease after twenty-five years.) The court held that the owner/taxpayer was required to introduce evidence of disproportionality only for the lot it challenged, which was not the lot subject to the long-term, triple-net lease. The court’s ruling was quite broad and may open the door for much shorter leases. The court did not seem to consider the length of the lease important. In fact, it appears irrelevant. What seems to matter is who has the obligation to pay taxes as between the landlord and tenant.

In Appeal of Ned Wilson, 161 N.H. 659 (2011), the Supreme Court held the failure of the taxpayer to sign the municipal abatement application was fatal because it violated an express requirement of RSA 76:16, III. The taxpayer challenged BTLA Rule 203.02(d), which also requires the taxpayer’s signature on the application. The Court found Rule 203.02 to be a “reasonable rule for carrying out the BTLA’s’ functions.” It should be noted Rule 203.02(d) permits the BTLA to hear an appeal where the absence of the taxpayer’s signature on the municipal application was “due to reasonable cause and not willful neglect,” so the door may remain open for taxpayer’s to assert this exception in appeals to the BTLA. (The BTLA in Wilson had found no reasonable cause for the petitioner’s failure to sign the application.)

Appeal of City of Concord, 161 N.H. 344 (2011), clarified the “charitable purpose” legs of the four-part test for organizations seeking a charitable tax exemption under RSA 72:23, V and RSA 72:23-l. The purpose, both as “established and administered,” must primarily benefit the public versus the organization’s members.

In Appeal of David H. Johnson, 161 N.H. 419 (2011), the court held that two properties owned by the same person and connected by a private right of way do not “adjoin” for purposes of RSA 75:9, which requires such lots be assessed separately. The court also clarified that assessors may not “assemble” lots under current ownership for valuation purposes if the lots do not adjoin, which they did not in this case.

Chapter 206, Laws of 2011, eliminated the requirement that taxpayers in municipalities with inventories file the inventory to preserve the right to appeal the assessment. Chapter 224 reduced the number of BTLA members from four to three, eliminated the requirement that one member be an attorney, and reduced the terms from five years to three. Both laws went into effect last July.

There is a common misconception that estate planning is only … END_OF_DOCUMENT_TOKEN_TO_BE_REPLACED